Deuteronomy 31:6 (NIV) Be strong and courageous. Do not be afraid or terrified because of them, for the Lord your God goes with you; he will never leave you nor forsake you.” 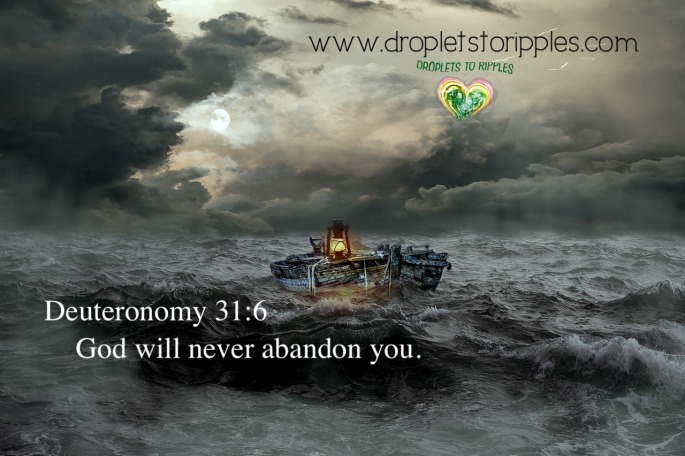 I had the honor of visiting and sitting with someone at the hospital on Friday.  She was a young lady of 80 years old, turning 81 this month.  She told me she had surgery scheduled to fix two leaky heart valves.  Once I arrived and talked with a family member I discovered that what she thought was going to be surgery to fix the problem turned into two procedures to investigate the heart and valves to see what surgery would work best.  The family member said she was disappointed, however her smile and words were no indication of disappointment.

She was scheduled for the first procedure at 11:30 and had been bumped several times, getting in the operating room around 2.  She was in ICU from 2:30 to almost 5:00 waiting for an open operating room for the second procedure.  Smiles and kinds words continued to drip from her mouth to all of those who came in contact with her.  No frustration, fear or anger for being bumped and the long wait.

As I sat with this lady she talked about God non-stop.  All his blessings in her life.  She talked about her marriage of almost 60 years, her children, grandchildren, great-grandchildren and her spiritual journey.  She talked about the many times she could have died but didn’t because God choose to keep her around.  She talked about how she loves to go to church because she loves God and wants to be there every time she can to worship Him, to praise Him, to sing to Him and to be with other Christians. She said how hard it was to get up to go to church on Sundays and how she longed for the days when she could go Sunday morning, Sunday night and Wednesday nights.  She spoke of week long revivals, events the church held throughout the year and how she used to volunteer to work at the church as often as the church would have her.  Most of all she talked about how people today don’t feel this way and how it made her sad.

As we sat waiting on the second procedure, I shared with her how I admired her, her faith and her love of God.  She called me close and whispered that in her lifetime she had voice God speak clearly and directly to her and today was one of those times.  She stated as they were putting her to sleep she heard God tell her that He did not want her to be afraid because He would be with to the very end.  She held my hand, looked me directly in the eyes and said “you know JoAnne, God will never abandon me. Never.  AND I KNOW that that was God talking to me.”

What faith.  What a witness.  What a great woman of God.  After the second procedure the doctors told the family that her heart was not strong enough to withstand the surgery.  They said they would prescribe medication that might help but at this point there was nothing they could do.  She was not disappointed, not angry not afraid.  She simply repeated God’s promise “to be with her to the end.”  That made everything alright with her. Sunday morning, she was in the church.  She was worshiping God, praising God and fellowshipping with other Christians with a smile and joy that only God can give.

I want to encourage you today.  Today’s scripture is a promise and God keeps his promises.  People may leave you but God never will.  If you are going through a trial it doesn’t mean God has left you. We are promised in this world we will have troubles.  God told us that so we could expect it, not like, but know it was coming.  He tells us we don’t have to worry about those trials because He will be with us and help us to overcome the trials.

I love what this wonderful woman of God said to me and I believe it with all that I am.  GOD WILL BE WITH YOU TO THE END!! My family used old southern saying which would be appropriate with her words, “Now you can put that in your pipe and smoke it”.  The phrase was used after stating something surprising or undesired, to emphasize its truth. This 80 year old woman spoke the word with TRUTH.

Philippians 4:8 Finally, brothers and sisters, keep your thoughts on whatever is right or deserves praise: things that are true, honorable, fair, pure, acceptable, or commendable. 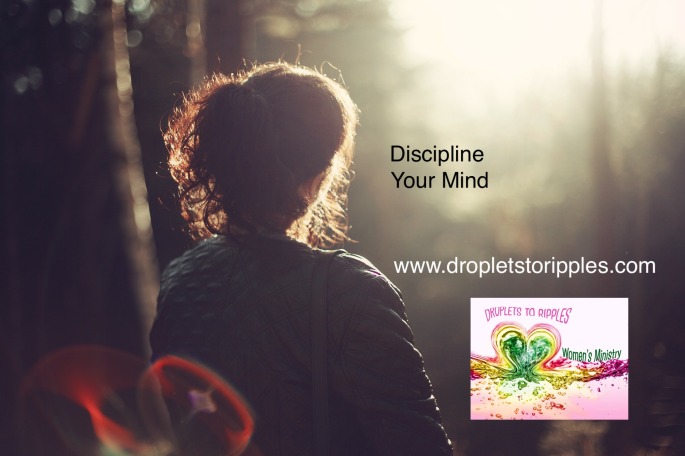 When thoughts of yesterday’s failures begin to play in your mind, change the channel.  When I was a child, my grandmother would always say get rid of stinking thinking.  I think many of us are watching reruns of our past over and over again.

Some are focused on the “What if’s” of the future.  Focused so much, that we can’t focus on anything else.  With worry and anxiety we replay over and over in our mind “what could happen.”  That scenario also plays over and over, occasionally having a different bad outcome.

Some people have become so familiar with the replay of the past or future failures that each day you pull out the folding chair, pop yourself some pop corn and settle in for the full feature film called “What if, Maybe and If Only”

Paul said putting off what is behind to focus on what’s ahead.  He said we should keep our thoughts on whatever is right or deserves praise: things that are true, honorable, fair, pure, acceptable, or commendable.

When your movie of the past or future failures begin to play and they create fear, anxiety or worry you need to turn it off and remind yourself of a few things:

Your future is greater than your past.

Don’t feel sorry for yourself.

Stop mourning over what was lost.

God always has another plan. Start expecting Gods goodness. He had a plan for you before you were even born.

If God takes care of the birds in the air, how much more will He take care of you?

God forgives all your sins and throws them far, far away, and so should you.

Your past does not define your future.  You do.

You are created in God’s image.  How awesome is that?!?!

Turn the movie off and get a little sunshine today.  Better yet, get rid of the movie that is holding you back, read and meditate on God’s word and spend some time chatting with God instead.  You will be more inspired, motivated and stress free if you do.

When my father and my mother forsake me, Then the Lord will take care of me. Psalm 27:10 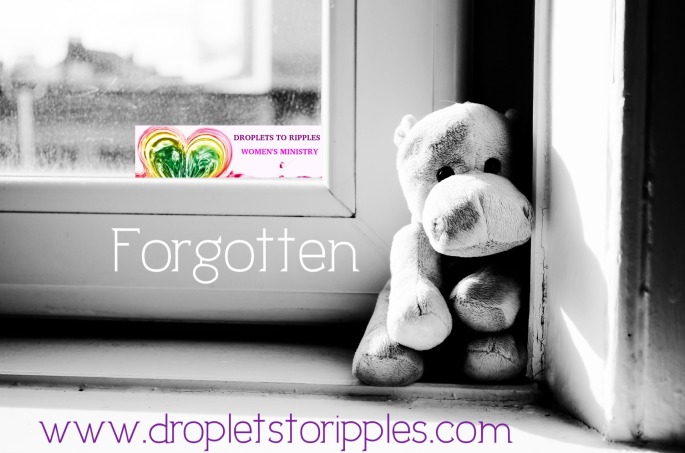 Forgetfulness hurts. We’ve all been forgotten and know the pain of expecting someone to remember — to show up, call, write, ask, make time — and coming up empty and alone.

One of the common things seniors deal with is forgetfulness.  I have always been a forgetful person to some degree.  I think my forgetfulness comes from being too busy.  I forget where I leave my phone, put my keys and sometimes, you will be shocked, where I put my last cup of coffee.  Oddly though, I am great at remembering conversations and details of things I write.  I remember the location in my notebooks of where I write things.  I can give you details of where in a notebook something was written, how far in the notebook it is, whether it is on the right or left page, top, middle or bottom of the page. The one thing that I try not to forget is people, especially those I love and call a friend or family.

Everyone reading this has probably felt forgotten at one time or another.  Maybe you were not invited to a special event, you were not included in something special or not informed of something that you wish you had known about.  I think it hurts us most when it is a family member or close friend whom you feel has left you out.

Our schedules are so busy that often these things happen, not out of spite or hatefulness but out of busyness.  I do believe that they dynamics of family has changed over the years.  Checking in on my mom, even dropping by each day was a daily event for me.  No matter how far away I lived, I called my parents every day just to check in, stay up on their lives and I never missed a holiday family get together. Now before you make excuses that this is because I am woman, my brothers did the same thing.  I think this still represents some families today, but even in my own family, I have seen a shift of how families interact with each other.

Though you may feel forgotten today, your Father will never forget you nor forsake you.  You can rest in the Lord today knowing that not only does He remember you but he loves you.

Amos 3:3 Can two walk together, unless they are agreed? 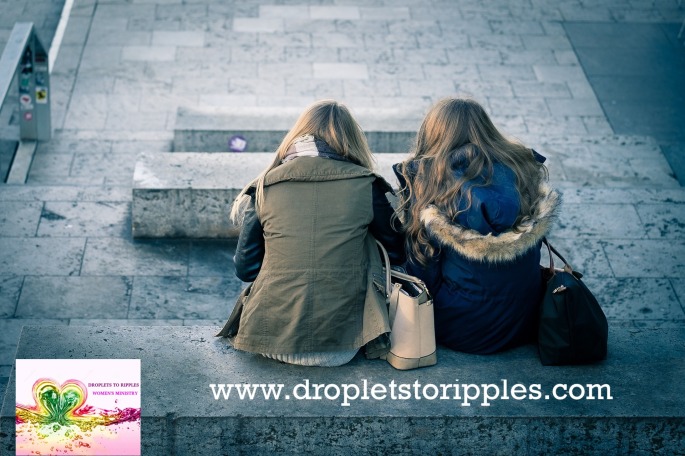 The Bible is the infallible word of God, right? To believe in God means believing everything in the Bible, doesn’t it? Then who can there be so much confusion on what people believe the Bible says?  Do we just agree to disagree or is there only one truth?

The phrase “agree to disagree” does not appear anywhere in the Bible. God’s word teaches that we are to agree. Paul wrote in Romans 16:17, “Now I urge you, brethren, note those who cause divisions and offenses, contrary to the doctrine which you learned, and avoid them.” To the Corinthians he wrote, “Now I plead with you, brethren, by the name of our Lord Jesus Christ, that you all speak the same thing, and that there be no divisions among you, but that you be perfectly joined together in the same mind and in the same judgment” (1 Corinthians 1:10). Almost a year later he wrote to remind them, “be of one mind” (2 Corinthians 13:11).

If you’ve read a lot of Paul’s writings you know that he was not encouraging us overlook important biblical issues just to get along or to avoid a quarrel.  We are to stand firm on topics like the only way to heaven is through Jesus Christ or Jesus was not just a great man but He was God in the flesh to just get along. He was telling us to get along with those who thought differently than us regarding non-salvational issues such as holy days and food. In these cases, Paul, Jesus, and other New Testament writers were quite clear. Additionally, agreeing to disagree is not equivalent to passively overlooking injustice or obvious moral wrongs.

The key to religious unity and agreement is for all to stay true to the scriptures. Time and time again the Bible tells us not to “add to” or “take away” from God’s word (Deuteronomy 4:2; 12:32; Proverbs 30:6; Galatians 1:8-9; Revelation 22:18-19). The various opinions of men will not provide unity. The Bible must be the sole basis for achieving true agreement. We must allow the scriptures to have the final say and we must be ready to abandon anything we believe which does not agree with God’s word. We cannot simply “agree to disagree” when it comes to matters of faith. We must “agree to agree” with the Bible.

It is also possible to love God and love people even while disagreeing.